Opinion | Why Shah's Rajouri visit matters for BJP and all

Pir Panjal Post October 13, 2022 Opinion Pir Panjal Politics Poonch
Ghulam Sarver Shaheen | AMU
Among all the home ministers of independent India, Amit Shah is considered the Chanakya of India for various reasons, as the Sardar Vallabhbhai Patel, the Bismarck of India.
He is the sole asset of the BJP for which he was chosen as home minister in the second tenure of the BJP owing to the manifestation of the BJP's right-wing ideology and principles on which it was erected. He makes bold decisions and is eager to commit and craft out the long-term consequences, both positive and negative.¹ 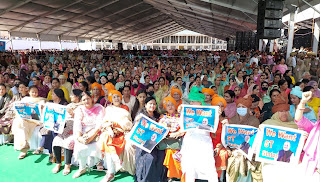 Though the BJP has tightened its grip on the valley through various means, legitimizing its abrogative way of Article 370, consolidating its territorial extent, and extending many central laws, it has yet to break the vicious cycle to maintain its hold in the upcoming assembly election. They also abandoned and amended some existing laws of the state concerning conveniently running the state machinery. Among them all, the extension of ST rules and regulations for the two communities (Gujjar-Bakarwal & Paharis) in the Pir Panjal region after the Independence Day speech of PM Modi in 2020. ²
Let’s look at the physiological and geopolitical perspective of the BJP for loudly raising the demands of Paharis on independence day as well as appeasing the Gujjars and Bakarwals in its aftermath and creating the pro-BJP narrative in the valley.
To begin with, India has yet to satisfy the national and international communities regarding the 370 abrogations. That is understandable from the 'apolitical’ visit of Amit Shah, which was welcomed by a large crowd not as a BJP rally but as a home minister's visit.
Second, while the BJP has the strongest grip on the Jammu region in general, it has very few seats in Pir Panjal due to a variety of local factors. As in the valley, Gupkar would not allow the BJP to gain even a single seat. Chenab Valley will also play a crucial role, particularly after the Azad political party, which is still uncertain in its siltation towards Gupkar or the BJP. ³
So, in anticipation for the BJP and even for Gupkar, Pir Panjal is at a critical juncture due to its significance in the political football situation. Pir Panjal has had local electoral factors such as poor infrastructure development, negligible health and education, and being ignored by both state and central governments since independence. The then central government granted ST status in 1991 to a very poor, socially as well as politically marginalized section of Gujjar Bakarwal, but not to the Paharis, because of certain criteria for it. Gujjar-Bakarwal couldn’t enjoy full ST status in political reservations as well as in many other places because central laws needed to be passed by the state government, which ironically betrayed and biassed this section! which could be possible only after 2019. However, it should be borne in mind that by the abrogation of 370, FRA 2006 rules or ST regulations of 1991 were extended in the state and not due to any special sympathetic ordinance of the BJP. ⁴
The think tank of the BJP was thinking of how to bow and arrow this situation to get some seats that could help in making a single Handley government of the BJP in J&K for manifestation as well as legitimization of all post-370 developments. There was a dormant itching demand for ST status among Paharis, which allowed the BJP to enter the region; he polarised the entire Muslim-majority area in the name of ST status for Paharis while simultaneously attracting Gujjar-Bakarwal over the uncertainty of snatching up its reservation quota. The BJP's appeased rally must be recognized as a single and lone player in the region, claiming the greatest margin from the entire Pir Panjal belt.
Third, and most importantly, the BJP's right-wing ideology makes Muslims throughout India hesitant to join it. and always attempt to form anti-BJP coalitions with anyone other than the BJP, as seen in parliament elections as well as various state elections, most recently in Uttar Pradesh. So a huge attraction of Muslim majority areas in Rajouri and Baramulla, which according to observers is the largest in the previous four years of J& K, is icing on the cake 'for the BJP to show its legitimization of all the acts and deeds in J&K, including the abrogation of 370. 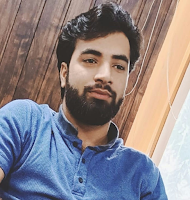 The columnist is a student of history at Aligarh Muslim University and hails from Surankote, Poonch, J&K.

Disclaimer: Views expressed in this article by the Author are his personal, and do not in any way represent the views of Pir Panjal Post.