Pir Panjal Post November 11, 2018 Education Society
Yesterday my 7-year-old nephew asked me,  ''Mamu, do u know how to play PubG?". My reply was, "No, I have not downloaded this game and don't know how to play it". He quickly responded, "I have already had two chicken dinners in PubG". The reason for sharing this recent experience of mine is to draw your attention towards technological revolution and its impact on society in general and on children in particular. 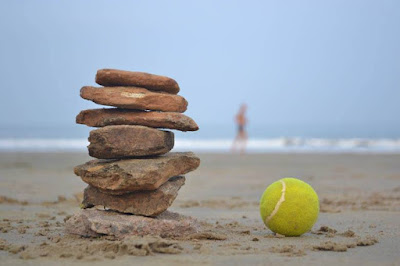 When we,  the late 80s and early 90s kids, were in our childhood we used to play many indoor and outdoor games. Most of these games required multiple players to play with.  Take for example the Gilli danda, Stapoo, Satoliya or Marbles, all these games were multiplayer. Apart from entertainment, these games served another purpose of socialising children and exposing them to different attitudes as exhibited by their peers. Meanwhile, they also learnt the principles of sportsmanship.

Revolution in technology has changed it all. Now, the old games which children used to play have been replaced by cellphone games which hardly have any social-values and have an adverse impact on the mental as well as physical health of users. 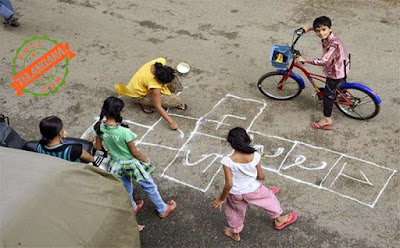 A similar impact has been of Cable TV and the Direct-To-Home (DTH) telecom services. During the early 90s, these services had not penetrated well in rural and semi-urban households and children were hardly interested in TV shows except Shaktiman and like-ones. Thus TV was not able to restrict the kids indoors and consequently, they lived a more active life. After the DTH revolution, this scenario has changed.  From early morning up to late nights, various kids channels run shows which have the potential of binding kids to their chairs whole day.  Now,  Motu Patlu,  Pokemon,  Nobita Shizuka have become buzzwords for kids. Their life has become more sedentary. Child obesity and other physiological defects are of common prevalence among children of today's generation. The virtual world to which children of the present day are exposed has led even to growing cases of psychological frustration resulting in abnormal social conduct by them.

Neither I attempt here to sanctify the "traditional" and ridicule the "modern" nor I am being too nostalgic,  the emphasis here is on virtues of social life to which kids should be exposed at very early stages. It develops strong bonds among children and their families and prevents the hazards of restricted and sedentary life.  Besides, it also inculcates various social values in them which can help in their personality development.