Pir Panjal Post June 04, 2018 Education Zed
Mentioning the most famous quote "The battle of Waterloo was won on the playing fields of Eton". The quote highlights the importance of proper nurturing. Proper nurturing demands proper education system and which ultimately demands the inclusion of constitutional curriculum in the syllabus. From the folios of bygone, it is evident that the fight for justice and brawl against injustice starts from the desks of the classroom. 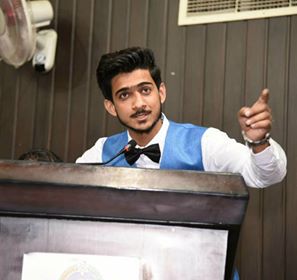 People here, even don't know their fundamental rights. We have a large percentage of uneducated children, while it's fundamental right of every individual to seek education. We talk of obliviating child labor while a high percentage of child labor still persists in our society. Keeping in consideration the present scenario of the nation, we came across to know students from various corner raising their voice against injustice. But their agitation and the administration repercussion would be quite contrasting if everyone among the agitators is acquainted with its constitution. When everyone will be well known of its constitution then they can't be oppressed and can't be dragged towards wrong way.

When citizens will be cognizant of their legislation then they must be apprised of their rights and most importantly will be in the know of their duties towards the nation. And this will surely change the scenario of the nation. What one will demand and agitate for if one doesn't know what belongs to him and what not?

It is very unfortunate that India is the 81 least corrupt nation out of 175 countries according to the 2017 Corruption Perceptions Index reported by Transparency International. Here we are far behind in the least corrupt ranked nations while on the other hand, we are claiming to be the next superpower and savior of humanity. So, definitely, there's need to perk up this sector also. One of the major factors behind corruption is the people ignorance about their prerogatives and the office bearers take advantage of this.

Education is the only weapon that can cope with all the woes of society. And I think making constitution as a compulsory course at schools, colleges and universities is need of the hour. We have been taught history, geography, civics, economics but an important portion is kept ignored and that is the constitution.

In every field, whether we talk about Arts, Medical, Commerce or professional courses, a Constitutional portion must be made mandatory. We are in developing stage and for speedy progression, it's obligatory for every citizen to be well aware of its responsibilities towards the nation.

Being a student of University of Jammu, I think here at masters level constitutional curriculum should be added either as replacement of optional course or an additional paper.
Talking particularly of J&K, it is requisite to include both J&K constitution and Indian constitution in the syllabus. Most of us do read the constitution while preparing for any competitive exams and emphasizing on constitutional importance I would like to mention here that it is not only required for cracking SSB, JKSSB, UPSC, PSC, but it's is required before birth till death and for cremation also. Just take the example of illegal abortion up to performing the last rituals of mortal, it demands to be known every time.

Well, the big question is, why the inclusion hasn't done even after 71 years of independence? Perhaps the high authorities don't wish it, as it may challenge their dictatorship. Perhaps the Govt wish that citizens remain within the wall of ignorance and remain deprived of privileges. Perhaps its incorporation in the syllabus is irking a few capitalists mind.

I complete this note with the message that if the nation has to progress, citizens must be credited with their rights and this can be achieved only when they will be knowing their rights. And for this, the addition of constitutional curriculum in schools, colleges and universities is need of the hour.

About the author: Qammer Majid Qassana is a Chemistry student from University of Jammu.