The Culture of Exorbitant Marriages 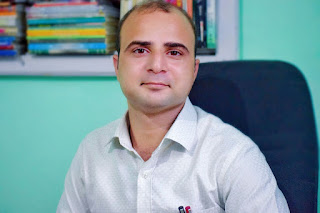 Weddings are no more a mere union of individuals and a private affair. They have rather become a symbol of wealth exhibition and showiness. In the Indian sub-continent expenditure on weddings has grown from 25% to 30% in the recent past according to some studies. Extravagance, Show-off, lavishness, luxury, and superfluity can be used as synonyms for the weddings now.

Weddings, now a days, are certainly considered incomplete without a range of immoderate cuisines from across the world. Vegetarian food, non-vegetarian food, Continental food, Chinese food, Japanese food, Pakistani food, Mexican food and what not is displayed in the food corners inside the marriage halls. The wastage of food in this mindless show-off becomes inevitable. Apart from it, exchange of Jewellery and expensive gifts and over-the-top lightening in the luxurious marriage halls has indeed taken the form of a social obligation. The flamboyance goes well beyond expensive food, grand marriage halls, five star hotels and Jewellery. One new development to this profligate is the expenditure on well festooned vehicles and even helicopters for the ceremony.

The magnetism of simplicity and quiet is no more visible in the weddings. Personal invitations have been swapped by costly invitation cards. Water has been substituted by innumerable artificial drinks (wine, bear, soft drink, hot drink and what not). Similarly folk traditions, folk songs and dances have been replaced by DJ’s, loudspeakers and other lavish musical instruments. Horse and Doli have been replaced by high cost decorated vehicles and helicopters. Temples and Mosques too have been abandoned for luxurious marriage halls and five star hotels. It would not be wrong to say that simplicity and modesty has been trafficked for immodesty and pretentiousness. Undoubtedly, weddings are celebrated more lavishly than any other festivals. Let me call this extravagance an evil like the evil of dowry. This evil of extravagance indeed has completely trapped all sections of the society. Mindless imitation of each other in extravagance and superficial glamour has indeed ruined the great institution of marriage largely and exclusively.

These weddings might be a mere exhibition of wealth for the elite and the rich. They might be doing it out of choice. But there are many others who spend out of social pressure. Many have to spend even being indebted. And that is why marriage has become a trouble for them.

The antagonists might take refuge in saying that, people may use the money according to their will. They might also take refuge in saying that this leads to the growth in other industrial sectors, thereby creating employment and revenue. But how can we allow the growth of any such lavish industry when millions don’t get enough food to go around. Antagonists also need to know that the same arguments can also be used for dowry. As it’s their money, let them spend the way they want to. If dowry can’t be justified on any grounds then the evil of extravagant marriages too can’t be justified on any grounds. However, to deal with the crime of dowry, we have certain laws. But extravagance still is out of the grip of the law till date. It is high time that we restrict wedding expenditures through law. It is high time to ban this extravagance socially, morally and above all legally.

The Jammu and Kashmir government has ordered a few restrictions on weddings and other functions in the state in a bid to curb the misuse of resources in February 2017 which will be effective from April 01, 2017. The restrictions include ban on sending dry fruits, sweet packets with invitation cards by any person to relatives, friends, guests and invitees.

As per the order, the number of guests to be invited on the marriage and engagement of a daughter or a son should be restricted to a maximum of 500 and 400 respectively. The number of dishes to be cooked in such functions has also been restricted to a maximum of seven each and two stalls of sweets and fruits. It has also banned the use of loudspeakers and firecrackers in marriages.

Although the order is a good initiative for the elite sections of J&K where the number of dishes served can go beyond 20 and in most of these marriages (or other functions) the food prepared is wasted upto a great extent. However looking at the poverty levels and wide gaps between haves and have nots these restrictions seem ineffective for majority of the population. We ought to limit further the expenditure on these marriages to such an extent that marriages should not seem a burden to the poorest of the poor families.  Hence goes the saying that “the marriage which is most greatly blessed is the one which is the lightest in the burden (Prophet Muhammad).

Mujahid Mughal is the author of The Paradise Unseen. He is working as an Assistant Professor in GDC Poonch.

Disclaimer: The views of the author are strictly personal and do not in anyway represent the views of Pir Panjal Post