On World Environment Day, some real people got out of the comfort of their protected cabins to do something real on the grounds. Post pandemic most of the discussions and debates on the environment have been confined to web conferences or TV debates. But not this one.

An awareness program on the occasion of World Environment Day 2022 was jointly organized at Chandimarh by Pir Panjal Environment and Eco-Development Society and Govt Higher Secondary School Chandimarh under the overall supervision of the dynamic and well known for her stand in favor of environment protection, Advocate Tabassum Mughal, President PEEDS, and Syed Imtiaz Hussain Shah Kazmi, incumbent Principal of the Higher Secondary School Chandimarh.

The focus of the program was to create awareness and educate the students of the rural Pir Panjal region about the environment and the need to preserve it. The esteemed Jehangir  Hussain Mir Former Dy  Chairperson J&K Legislative Council and a renowned environmentalist who is always striving for the people of Pir Panjal and the environment that they live in, a plant lover was the chief guest on the occasion whereas Dr. Rani Mughal, HOD Botany, of SKC Govt Degree College Poonch was the key speaker. It is pertinent to mention here that the tireless efforts of Dr. Rani Mughal in the last few years have been greatly responsible for escalating this issue and bringing it to the center stage of community activity and awareness in this region. 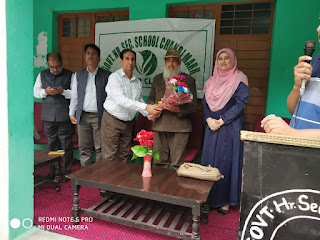 Iftekhar Ahmed Charak, Science teacher , GHSSC conducted the proceedings of the program and Principal Kazmi delivered the formal welcome address. A vote of thanks was presented by the vice-principal of the institution Shafait Hussain Malik. Among others, Khalid Qureshi, Lecturer English GHSSC also threw light upon the importance of organizing such programs. Principal Imtiaz Hussain Shah recalled the services of MB Mughal, the founder and erstwhile president of PEEDS. He said that M B Mughal’s contribution in establishing the City forest at Poonch town and eviction of 30 Kanal land from the clutches of land grabbers at Mendhar town ultimately led to the construction of Secretariate in Mendhar. Stressing on his contributions further, he said that these were only a few of his landmark achievements. He appreciated the efforts of the current President Advocate Tabassum Mughal and her passion to carry on with the mission &  legacy of Janab MB Mughal in the field of environmental preservation and conservation. Jehangir Hussain Mir spoke at length about the importance of organizing an awareness program on environmental protection, especially in rural areas, and lauded the efforts of the Principal and staff of GHSSC Chandimarh for imparting quality education in the rural region of the district. He also appreciated the aspirations of Iftekhar Charak who intends to establish a herbal garden on the premises of the school. 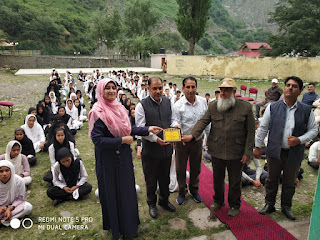 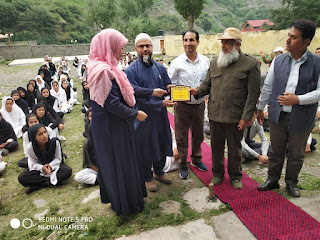 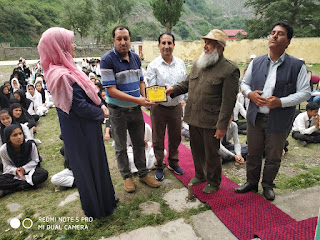 A felicitation ceremony was also organized wherein some members of the institution were honored for their dedication and efforts in the field of education on environmental protection. The individuals who were honored are Imtiaz Hussain Shah Kazmi Principal GHSSC, Shafait Hussain Malik Vice Principal, GHSSC,  Mr. Iftekhar Charak, and Master Mushtaq Ahmed Mughal, GHSSC. A large number of students attended the program and they also made some extempore speeches and requests wherein they, as has been time and again stressed by Dr. Rani Mughal, urged the tourists and visitors from outside to take care of the calm and serene environment of Pir ki Gali and the village Chandimarh and also not to contaminate the area by dumping plastics and other garbage in open.