When a Muslim hears the name Ramadan, his/her mind goes straight to fasting because the Ramadan has such a religious aura that every Muslim in this month, whether a pious or sinful, a learned or a layman, a rich or a poor, everyone feels like a true believer and welcomes Ramadan with full enthusiasm. Fasting is the third basic fundamental in Islam, observance of which is obligatory after the testimony of Tawhid (Oneness of God), Risala’h (Prophethood of Muhammadﷺ), and Salah (Prayer). In the Holy Qur'an, Allah (SWT) says about fasting: "O you who believe! Fasting is prescribed for you as it was prescribed for those before you, that you may become righteous." [Quran 2:183] In this verse, inter alia, two important points are expressed. The first is that the fasting was made obligatory not only on the followers of Prophet Muhammadﷺ but also on the other communities i.e. the earlier nations of other Prophets before Prophet Muhammadﷺ. The second point is that the purpose of fasting, which is not only about being hungry and thirsty and experiencing the same but adopting piety and righteousness through it. 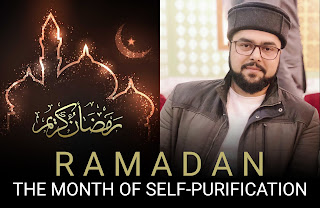 In the present time, the majority of Muslims are unfamiliar with the reality of fasting thus they have been fasting just to fulfill a formality whereas on the other hand have been fasting just to show off so that other people may consider them pious, which is completely against the spirit of fasting, as described in both, Holy Quran and Prophetic narrations. This is why a person (for example) who fast every year during Ramadan and even after fasting for 30 years consistently, remains without any change, he still does the same evil acts that he was doing 30 years ago, his character is the same today as it was 30 years ago, and there is no sign of piety and righteousness in him. So it is very important to know the true concept of fasting, which we will be discussing in this short article.

In Islamic teachings we have innumerable virtues of fasting in the month of Ramadan, for example; The Prophetﷺ said: “Whoever observes fast during the month of Ramadan out of sincere faith, and with hope to attain Allah's rewards, then all his past sins will be forgiven" [Sahih Bukhari, 38]. In another narration, He ﷺ said: “Whoever fasts Ramadan and spends its nights in prayer, out of faith and in hope of reward, his previous sins will be forgiven” [Sunan Ibn Majah, 1326]. But at the same time, there are some other prophetic traditions that prove that fasting is not just to remain hungry and thirsty rather fasting will be accepted in the sight of Allah (SWT) only when a person achieves his goal, that is when he/she becomes pious and righteous. For example; The Prophetﷺ said: “There are people who fast and get nothing from their fast except hunger, and there are those who pray and get nothing from their prayer but a sleepless night.” [Sunan Ibn Majah, 1690] The Prophetﷺ said: “When anyone of you gets up in the morning in the state of fasting, he should neither use obscene language nor do any act of ignorance. And if anyone slanders him or quarrels with him, he should say "I am fasting, I am fasting" [Sahih Muslim, 1151]. At another place, the Holy Prophetﷺ said: "Fasting is a shield against the (Hell) Fire. Whoever starts the day of fasting let him not act in an ignorant manner during that day. If anyone treats him in an ignorant manner, let him not insult him or curse him, rather let him say "I am fasting” [Sunan Nasai, 2234]. The meaning of these Prophetic narrations is that fasting is not just the name of leaving meals all day long; it is beyond hunger and thirst.

The prime purpose of fasting is to develop piety and righteousness (Taqwa) in our character. Taqwa teaches man/women to abstain from forbidden (Haram) things, but Taqwa derived from fasting is a very different and unique type of Taqwa which not only help us to stay away from prohibited (Haram) things but even from those (Halal) things which are normally allowed in conditions other than fasting, so that a person may use this exercise of fasting in Ramadan as a means to develop self-control and can become capable of controlling his desires during rest of the year. In fact, these 30 days of Ramadan are like a training course for us, which is repeated every year in which a person can develop enough self-control and willpower to abstain from eating and drinking all day, this willpower can become strong enough to control negative desires and sinful temptations during rest of the year. This willpower may become effective in the remaining eleven months, so that a person may refrain from what is prohibited by distinguishing between Halal and Haram and try to retain his/her Taqwa. But unfortunately, most of us are deprived of the fruits of fasting and remain unable to harvest in this blessed month simply because we have forsaken the actual motive of fasting in the month of Ramadan.

There are many among us who get up at dawn with great enthusiasm, eat and pray with the intention of fasting, and fast happily. But then fail to respect that fast throughout the day. They intentionally or unintentionally do things that are not allowed during the fast; hence the fast does not remain fast, it turns into a hunger only. For example, if a person fasts with good intentions at dawn and then lies, backbites, hates and becomes jealous, and envies the whole day; he/she quarrels, causes mischief, spreads hatred, utters abusive words, violates the rights of other people, hurts his/her neighbor, does not treat the elders well and does not show compassion to the younger ones; deceives the buyer in business, being an officer takes bribe in the office, being a teacher does not fulfills his/her responsibility at school; being a politician or minister deceives the public; being a religious scholar misuses the pulpit or manipulates the religion for personal agendas; being a spiritual guide, religious cleric or monk at some shrine exploits the adherents in the name of devotion; and then breaks his/her fast with great joy and excitement in the evening. Such a person is in delusion because the fast of such person is not a fast at all; he/she just remained hungry and thirsty without fulfilling the basic conditions and prerequisites of fasting. Such fast is not acceptable before Allah Almighty as the Prophetﷺ said: "Whoever does not give up false statements, and evil deeds, and ignorant talks (while fasting), then Allah does not need his leaving his food and drink." [Sahih Bukhari, 6057]

Therefore, we must understand that the purpose of fasting is not merely to refrain from eating and drinking rather the real motive of fasting in the month of Ramadan is self-purification; purification of thoughts; purification of desires; purification of character, body, and soul. Fasting in the month of Ramadan is all about developing the quality of righteousness and piety by abstaining from all types of sins. It teaches us endurance, patience, tolerance, and resistance and helps us to train ourselves to control our desires, get rid of bad habits, and hence mend our character in a positive direction. And this could be possible only when we will refrain from practicing all that which is prohibited, avoid indecency, immorality, and obscenity so that our character, behavior, and personality may be refined, piety may arise in us and we may eventually become pious. That is the real motive for fasting in the month of Ramadan. 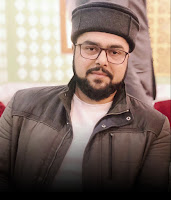 About the author: Habib Bilal - He is an MBA and MA in Islamic Studies. He is an independent Islamic researcher, writer, and speaker. He may be contacted at habib.sayedbilal@gmail.com