An essential constituent and portion during a nutritional meal is the consumption of dietary fibres. Due to modernization, dietary fibres are being taken away from the meals by the young generation and particularly this habit is seen in school and college students and in female youngsters who depend on fast foods, junk foods, and sedimentary lifestyles. Intake of dietary fibres is seen as a phobia among masses, indigestible as reason, and an odd irresistible word to act. Nowadays almost many Paediatrics populations are also getting its ill effects and addiction-like capacity which results in numerous diseases and infections of the gut following constipation at the number one place. If it is noted in tertiary care hospitals, maximum OPDs footfall occurs in General surgery because of abdominal discomfort, epigastric pain, constipated stools with blood, and many complications starting from a degree of haemorrhoids, anal fissures, fistulas. Most of the time this condition is overwhelmed and confused for treatment in general medicine. It has been seen that maximum proctoscopies are being done on those who are mostly chronic cases to gain the diagnosis to treat its complications. It seems to be a lighter issue but brings many miseries due to its extended complication. 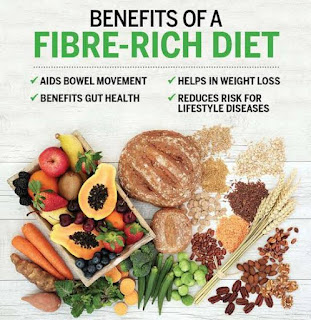 The change in lifestyle triggers constipation, discomfort, and irritable bowel syndrome. Some exceptional cases who have pathological problems like tumour growth in the gut are rare from the population but the role of dietary fibres plays an important role for them too. The elderly population and diabetes population fall in that category. Constipation can cause UTIs and bladder control problems in paediatric populations. Though occasional constipation is very common, some people experience chronic constipation that can interfere with their ability to go about their daily tasks. Chronic constipation may also cause people to strain excessively to have a bowel movement.

What are the Dietary fibres or roughage and their types?

Roughage is the portion of plant-derived food that cannot be completely broken down by human digestive enzymes. Dietary fibre has two main components: soluble fibre and insoluble fibres, which are components of plant foods, such as legumes, whole grains and cereals, vegetables, fruits, and nuts or seeds.

Soluble fibres, Fermentable fibres or Prebiotic fibre– such as resistant starch and inulin – feed the bacteria and microbiota of the large intestine, and are metabolized to yield short-chain fatty acids, which have diverse roles in gastrointestinal health. Soluble fibre dissolves in water is generally fermented in the colon into gases and physiologically active by-products, such as short-chain fatty acids produced in the colon by gut bacteria. Psyllium – a soluble, viscous, nonfermented fibre – is a bulking fibre that retains water as it moves through the digestive system, easing defecation. Soluble fibres are generally viscous and delay gastric emptying which, in humans, can result in an extended feeling of fullness.

Why dietary fibres are important?

A diet high in regular fibre consumption is generally associated with supporting health and lowering the risk of several diseases. Plant foods contain both types of fibre in varying amounts, according to the fibre characteristics of viscosity and fermentability.

A condition that makes someone unable to empty their bowels as often as they should. Constipation affects 15-25% of people.

Why constipation is a major problem for an upset abdomen?

Constipation occurs when stool or waste material moves too slowly through the large intestine. Faeces that stay in the bowel too long before elimination become hard and dry. This results in difficult, painful, and infrequent bowel movements. In many cases, constipation is harmless, but it can significantly lower your quality of life. It's not a disease, but it might be a symptom of a disease.

What can be the causes of constipation?

Constipation is not always related to an underlying condition. It may be caused by:

1. Insufficient quantities of fibre and water in meals

2. Changes in diet or normal activities

4. Holding stool for long periods even with the urge

5. Drugs such as narcotics, antidepressants, and anti-acids (especially those rich in Ca and Al)

6. Consumption of Iron during pregnancy or as prophylaxis.

What can be the Signs and symptoms of chronic constipation?

2. Having lumpy or hard stools

3. Straining to have bowel movements

4. Feeling as though there's a blockage in your rectum that prevents bowel movements

5. Feel as though you can’t empty the stool from your rectum if you experience unexplained and persistent changes in your bowel habits.

What can be the complications of constipation?

What can be the best prevention?

Constipation can be treated medically, but lifestyle changes are often very important.

The following practices can both treat and prevent constipation:

1. Do physical exercise to stimulate the movement of waste through your intestines.

2. Drink at least 8 glasses of fluid each day – water is best.

3. Increase dietary fibre to about 25 g per day for women and 38 g per day for men by eating whole grains, especially flaxseed, fruits, and vegetables

4. Lower your consumption of processed foods.

5. Schedule regular times for toilet use. Try to have a bowel movement at the same time each day

6. Talk to a health care professional if you suspect that your medication is causing constipation.

8. Go to the washroom when you feel the urge to go.

What can be the treatment?

Medications are usually brought in if changing diet and habits doesn't work.

1. Most laxatives should be used sparingly as needed.

2. Enemas can be used to increase the amount of water in your stool, rapidly causing defecation.

3. Use of prokinetics, spasmolytics, among which pinaverium bromide has demonstrated its high efficacy. Particular emphasis is laid on the effect of lactulose and its first preparation.

If the consumption of dietary fibres enters every doorstep as a habit so to avoid at least the chances to be in ques in hospital. Regular intake of soluble fibres has been established to lower blood levels of LDL cholesterol, a risk factor for cardiovascular diseases, and prevent bad abdomen and all gastrointestinal disorders. Hence the role of dietary fibres is a healthy initiative. 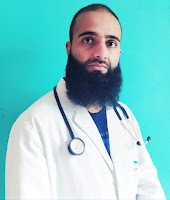 About the Author: Dr. Rahi Shoaib Mohd is a Medical /Science Journo and is serving as a Medical Officer in the Department of Health & Medical Education- J&K. He can be reached at  drrahism@gmail.com and @MOJKHME on Twitter.