National Education Policy and the role of NCC, NSS and NYSK | Asad Imran

With the changing times and developments that follow, field like that of Education demands transitioning towards a more holistic approach. Educational reforms are the fundamental pillars of a growing society, these have been inevitable requirements since time immemorial. 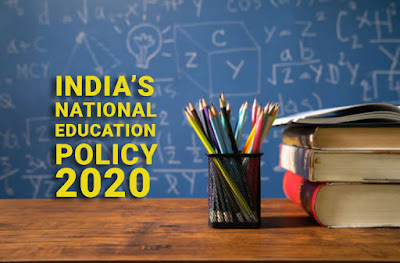 The NEP under Dr. Kasturirangan's leadership recognizes the fundamental differentiator and has created a far-reaching vision to create a learning environment that is multidisciplinary,  catering to a well-rounded education for all individuals. This policy is believed to have immense potential to transform India’s human capital development and providing more versatile spaces to aspiring students.

Indian Nationalist Movement and the Indian National Congress had been keen and clear with their agenda on providing education for all in a Free India, combating the class caste disparities. Making ‘education to all’  a priority for the government post Independence. In subsequent years several commissions and committees were appointed by the government, for education restructuring and changes in higher education as well, these included;  University education committee 1948, The committee of the midget 1952-53, Kothari commission of 1964-66, National education policy 1968, New education policy of 1986, Sarva Shiksha Abhiyan of 2001, Right to education for all children and miscellaneous initiatives.

One of the major criticism of our existing education policy has been fitting students of high school into three categories-  Science, Commerce, and Humanities. This has been very restrictive and curtails curiosity, where one can not choose subjects from other streams even if they were of an individual’s interest. Generally, students are interested in diverse subjects but they could not opt for diverse fields, this unfair situation can be changed with the implementation of the New Education Policy providing more flexibility to the students. A student can study Political Science, History along with Physics and Chemistry. This is an amazing initiative.

The second major proposed change by the government’s policy is how they will replace the existing 10+2 academic structure with a 5+3+3+4 system now. Now it has become more similar to that of developed Western countries.  With this new system education would start at the age of 3. Preschool would be from the age of 3-6 years and then class 1 and 2 for the next two years. Then would be the preparatory stage for the next three years in which focus would be upon playing, discovery, and activity-based classroom learning. Class 6 and 8 would be the middle stage in which experiential learning would be based on sciences, mathematics, arts, social sciences, and humanities. Next would be the secondary stage from 9-12 standard in which multidisciplinary studies would be of prime focus. Students would be provided with more flexibility and more choices and vocational training would be given up to a large extent.

The government has implemented some structural changes which is praiseworthy for example, right from class 6 students would have to do an internship in vocational training jobs. The students would be imparted experiences in such jobs preparing them early for the real world. There would be a bagless period of 10 days where students would take no bags to schools but experience skills like carpentry, welding, gardening. In my opinion, this is an important transition, we cannot become a developed country until and unless skill-based education is introduced.  Coding would be taught to the children from class 6 simultaneously the importance accorded to board exams of class 10 and 12 would be reduced.

Until now the teacher assesses how a student has performed in the entire year according to them. Now assessment will be done by not only teachers but the student will also self-evaluate themselves and express how they performed in the entire year according to their perspective, changing the pattern of report cards. Not only will there be self-evaluation the rest of the students of the class will also evaluate and say how a particular student has performed according to their perspective. This is a very helpful step to invoke critical thinking and to provide a collective analysis of a class.

The government has decided to spend at least 6% of the GDP on education. Right now it is around 3% which has proved to be insufficient. Compared to the developed and other developing countries India spends very less on education. But a lot depends upon implementation and its regulation by the government. But obviously, as a first step setting a target of 6% is commendable.

After class 12th  there are multiple entries and exit programmes. It means that if one started a degree of B. Tech and one year later you realize that you don’t want to continue with it you can drop midway, all the subjects you have studied for one year you can take their credits and transferred to another degree. This is extremely useful and already exists in most of the developed countries, if you drop after the second year then you will get a diploma, after three years you will get a bachelor's degree and after four years a bachelor's research degree. If you have done a four-year bachelor’s degree then a master’s degree would only be of one year.

But the question here is how the volunteers of NCC, NSS, and NYSK can contribute to implement the new education policy and create opportunities for the students who do not have assess to internet services, mobile, laptops and can enroll maximum students in education.

The active volunteers of the society can make copies of weekly sets of worksheets to a student's house, as directed by schools- guide parents and students about the worksheet and teach parents and guardians how to support the child's learning. The volunteers are also expected to identify children having access to mobiles or other gadgets and pair them with others who do not have any gadgets. A mobile bank can be created where people in the community can donate their old smartphones.  In case children of migrant laborers are not being traced a helpline number can be issued along with posters publicizing the need for education for all children in major public places. There are other options like community teaching and mobile schools for students who do not have access to devices or material.

The last NEP was that of 1986 and was modified in 1992. The cabinet has also approved the renaming of MHRD to the Ministry of Education. Union defense minister Rajnath Singh had a wonderful full interaction with NCC, NSS, and NYSK during the national webinar on creating awareness about the NEP. He mentioned how the New Education Policy is the first policy in Indian history which included online grass root and national level deliberations. Hence, it is safe to say that the policy makes impactful suggestions and advocates much required educational reforms, focusing on multi-disciplinary and holistic higher education with the flexibility of choice facilitating multiple entries and exit points for students. 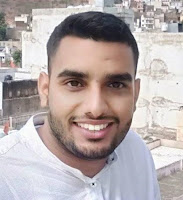 About the Author: Asad Imran is an Assistant Professor of Urdu at GDC Poonch.