Pir Panjal Post May 17, 2020 Art Opinion Religion
After Shahada (Faith), Prayer (Salat), and Charity (Zakat), the most important duty in Islam is Fasting (Sawm). The Quran says:
ياأيّها الذين آمنوا كُتبَ عليكم الصِّيامُ كما كُتِبَ على الذين من قبلِكم لعلّكم تتّقون.
Oh ye who believe! Fasting is prescribed to you as it was prescribed to those before you that ye may (learn) self-restraint. (II: 183). 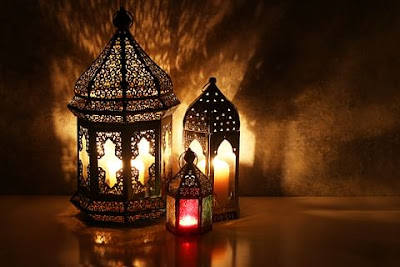 Fasting is obligatory for Muslims in the month of Ramadan. Failure to observe the fast on any day, without a valid reason, during this month is a great sin. We have it on the authority of the Prophet that, “anyone who does not, without illness or any other valid excuse, keep fast on a single day during Ramadan will not succeed in making amends for it even if he were to keep fast daily throughout his life in the atonement”.

During the fast, a Muslim abstains from eating and drinking and denies himself the pleasures of legitimate carnal satisfaction solely as a measure of worship, and sacrifices his lawful biological needs and urges exclusively for the sake of God. God, too, therefore, has placed a most unique reward on it. The Prophet is reported to have said:
“There is a fixed principle for rewarding all the good deeds of men, and every good deed will be rewarded in accordance with it. But the fast is an exception to this general principle. The standing will and pleasure of God is that since a man forgoes food and drink and crushes down his passion utterly for His sake, He will recompense him directly for it”. All the previous sins of a person are forgiven who undertakes the fasts of the month of Ramadan with full faith and with the object of propitiating God and earning His reward. There are two moments of special joy for a person who fasts: one is when he breaks the fast and this he experiences here in his earthly existence, the other will come in the Hereafter when he will be presented before the Lord. The Fast / Roza itself will plead with God for him who does fasting that he had gone without the days meals and shunned the cravings of the flesh for its sake (so he may be forgiven and rewarded to the full). God will accept intercession. The bad odour emanating from the mouth of a person who is fasting (which is, sometimes, produced because of the empty stomach) is more pleasant in the judgment of God than the sweet smell of musk.

Moreover, Fasting promotes piety and righteousness in man. It produces in him the ability to control his physical desires. It teaches him how to subordinate his carnal appetites and longings of the heart to the will of God. It is, thus, most effective in the disciplining and evolution of the soul. But these benefits can be derived only when a person conscientiously strives for them and pays due respect, while he is fasting, to the instructions laid down by the Prophet in this connection. It is most necessary to leave strictly alone not only food and drink but also all the major and minor sins. He must neither quarrel nor utter a lie nor engage himself in slander and back-biting. In brief, he should scrupulously avoid all sinful deeds, apparent as well as hidden, as is demanded of him in the Traditions. Some of the relevant Traditions are:
“When any of you keep a fast he should not speak an indecent or filthy word or engage in a noisy scene, and were anyone to quarrel with him and call him names he should pay you back in the same coin”.

“God has no need for him to go without food and drink who cannot shun evil and falsehood even during a fast”.
“Many are there among you who fast and yet gain nothing from it except hunger and thirst”. (AL-Hadith).


In sum, fast can lead to the promotion of virtues of piety and righteousness and impart the moral strength needed to control and discipline the sensual appetites when, together with abstention from food and drink, all the major and minor transgressions of the law of God are, also zealously avoided while fasting, more especially the use of foul and filthy language, falsehood, slander and back-biting. If fasts are observed in the right spirit and with proper care and solicitude, the benefits indicated above can positively be obtained from them.

About the author: Bilal Nabi is a Doctoral Fellow at University of Delhi, Delhi. He can be contacted at bilalnabishah99@gmail.com