Be a Shutterbug, Not a Bug | Ajaz Ahmad

Pir Panjal Post May 14, 2020 Art
Clicking pictures and their processing is undoubtedly one of the finest arts, a photographer has to deal with. It demands diligence, genuineness, and dedication. Because, it is through a photograph only that we freeze a moment in time, forever. Pictures, therefore, are timeless. They keep fascinating their viewers endlessly. Hence, photographers have to deal with a very delicate job of showing the different perspectives of man and nature. Photo processing is indeed an essential aspect of photography wherein we attempt to complete the pictured stuff manually, which a camera fails to do, like a slight adjustment in the contrast, saturation, shadow, sharpness, etc.

However, one must keep in mind that changing the colour of mountains from dark-blue to orange doesn't possess any wow-factor. It is, therefore, high time that we understand the basic difference between the art of photography and the art of painting. As a painting may permit an artist to showcase black snow on a white mountain, as a pigment of his or her own imagination, but the art of photography does not provide us with such liberties. Henceforth, we ought to edit an image in such a way that it doesn't lose its original appeal and it doesn't look unnatural to the onlookers.
Everything in this regard was going smoothly with the photographers putting the whole world in a broader context of history, culture, and society. Then came a few, sniffing around, with picture editing apps like Snapseed and Picsart installed on their smartphones, who began to alter God's howling creation and man’s inherent nature. All hell broke loose on a bad day when they first laid their atrocious hands on such photo editing apps. The art of photography was thence attacked, as Hitler attacked Poland. Or the way, ISIS ruined the heritage, in the Levant.
Some of the photo editing apps, nonetheless, are fine tools for image processing. Some others are still the finest, for the smartphones, but the way these self-claimed photographers are altering the real nature of things is ignominious, distasteful, and disgraceful to a rational or even a romantic eye. 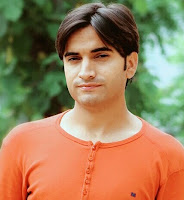 About the Author: Ajaz Ahmed Khawaja is an amateur photographer and a teacher in Jammu and Kashmir Department of School Education. He belongs to Poonch district of J&K.