Pir Panjal Post March 20, 2020 Opinion
Primarily a consequence of the existence of powerful and powerless and secondarily a consequence of many structural lags in the society - uneducatedness, faculty curriculum, lack of governance, corruption, the unprecedented delays in judicial activity and many more. In addition to it, the prevalence of rampant consumption of psychotropic drugs also plays a negative role in this regard. While some of these factors fuel these incidents, some build confidence among the perpetrators that they will walk free. But the fundamental cause remains the same- the story of physically weak versus physically strong, because, for a rapist, rape is an act of physique where you simply overpower the weak. It would be a sort of anti-feminism comment to make, that women are physically weak but the fact of the matter is that physiologically a woman's body is designed in a way so as to portray a weak display. That's why rapes happen everywhere, somewhere on the muzzle of the gun like in conflict zones, somewhere under the shade of swords and somewhere under the power of muscle.


Does it mean that empowering the women physically like imparting them fighting and defending skills will reduce rape? Obviously not. In fact, it sounds very insane, for the rapes are committed against children of small age where the question of physical empowerment doesn't even come into play. Every fourth rape victim is a minor according to NCRB data.

What needs to be done?

Whether it's to fight the power of a gun or the sword or the muscle, the state has a vital role to play. The state can be the sword of our women. In the Indian context many institutional mechanisms and legislations like The Sexual Harassment of Women at Workplace Act-2013, POSCO etcetera are already existing but the readings from the recent National Crime Records Bureau (NCRB) present a complete failure of these mechanisms and there's no viable decrease in the intensity of crime. One woman reported a rape every 15 minutes on an average in India in 2018 according to government data.

Reforms as to why there is a lack of effective implication of these legislations are required. Steps must be taken to change the attitude of investigating officials during the investigation. Moreover, smart policing and the benefits of technology-driven infrastructure can be leveraged to help to curb the menace.

Deterrence was probably the most important role to play in fighting the rape culture in any part of the world. Imagine a country where the perpetrators of crime are sure that they will escape uncaught. It will only enhance the crime rate. It is not only the intensity of the punishment that has the lettering effect but the frequency of conviction and punishment that does the job. Capital Punishment for rape convicts is one of a kind that has the potential to discourage the rape culture. How many rapes and how much capital punishment for rape convicts till now? Many and none respectively. In this regard, death row of the Nirbhaya convicts on March 20 is going to send a strong message across the time and space that there is no tolerance against this heinous crime and no one can escape from the arms of the law. One day in a year should be fixed to hang the rape convicts and to be celebrated as the "Anti-Rape Day". All these acts, like strengthening institutional mechanisms, enhancing governance, speedy trials, generating deterrence are the type of measures that can create a force on a person from outside to abstain from committing such crime. But there is literally no scope for generating inner consciousness against the crime of rape being offered by these measures. And without the ignition of inner consciousness, it's almost impossible to stop this crime altogether. Because every therapy from outside can't change the behavior of wild animals. In this regard, the help and guidance from spiritual and religious leaders' sacred texts, civil society, the curriculum can be leveraged to give a better future to our women. 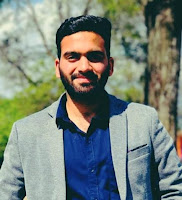 About the author: Aquib Wani is a student activist from Rajouri & studies Law at the University of Kashmir. He can be reached at aquibwani21@gmail.com