History is witness to the excruciating fact that every country has suffered many issues like racism, discrimination, poverty, unemployment’ whether it is developed or developing. If we see on grass root level in USA which is the most powerful country in the world in which the minority groups of non-whites include blacks, Hispanics, Asian-Americans, Native American and Pacific Islander and other races undergo racial discrimination a lot more than the whites do, therefore experiences imbalance in social, moral and traditional structures despite being the champion in rendering and raising slogans of equality, fraternity, brotherhood, etc.

Similarly, in India which is religiously and ethnically diverse and the world’s largest democratic country with constitution that provides legal equality for its citizens irrespective of their religion and prohibits religion-based discrimination. However, the reality is far different. In fact, India's pluralistic tradition faces serious challenges in a number of its states in which Muslims, Christians, Sikhs, and Jains generally are fearful of what the future portends. Many reporters, writers, and experts allege Indian government--at both the national and state levels--often ignoring its constitutional commitments to protect the rights of religious minorities. So after analysing these issues we hold a mirror to racism, authoritarianism, and hyper-nationalism that has been the scourge of human societies everywhere in the last centuries.

Kashmir is a part of India and known as the ‘Paradise on Earth’ which has its distinct identity and history. It is known for its beauty and diversity of regions and people.  On the one side it is known for its beauty and on the other side it is known for egregious bloody past having strong bearing on the present where genocide, forced disappearances, torture, rape, sexual abuse, politically repression and suppression of freedom of speech are in vogue. India’s approaches towards Kashmir issue and Kashmiri people and her policies are not just and humane --often questionable by many experts and writers. Indian atrocities have made the Kashmiri people schizophrenic. To exonerate from all such abuses and seek mental felicity and protection they have been protesting for self-determination or freedom. Hence an apprehension comes into mind and baffles one that once Kashmir as a free state shall apply the similar kind of attitude over the other regions, for power corrupts power and absolute power corrupts absolutely; and that in future as new independent country and if it will tackle all the issues from which powerful states of the world suffer and keep itself as recognised one among other ones.

In present scenario, Kashmiri (living in the Kashmir region or mostly Kashmiri speaking people) their relations with other regions of the state and their people are not cordial, mostly seen under the vistas of discrimination and racism., Similarly  same ordeal  is faced by  Pir-Panjal region and its people. Originally, Pir-Panjal region is connected with Kashmir region very closely. The people of this region are known for being very sober, hard-working, and intelligent and mostly remain indulged in cultural activities. As the land is highly fertile intellectually the literate coterie exceptionally qualifies the state level and national level examinations like JKPSC, UPSC, etc. All this is substantial there, but as the discussion about the status this region is held, people are the victims of inferiority complex under the painful reality that Kashmiri people have been using derogatory terms and phrases like ‘Kashmir Ki kamjoori Punch Rajoori, Gujjroo, Bihari etc. So on the basis of all this hypothetical analysis, again it is strongly felt  the future and the cultural ethos of all historical  legacy  of this region shall suffer overshadowing and complete oust and then accordingly shall loose its  national recognition , if  Kashmir is
declared as sovereign. Also then Kashmir as independent nation shall entertain all its victimised and concentrated past over the region of Pir-Panjal. 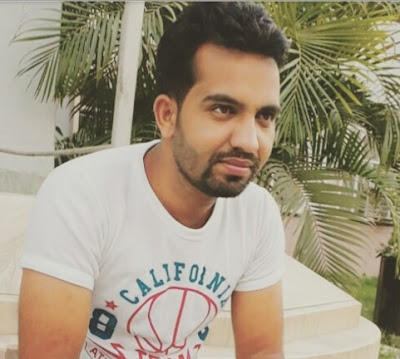 About the author: Mazar Ali Shah is a Ph.d scholar at the Department of Political Science, Aligarh Muslim University Aligarh. He can be reached at mazarali9674@gmail.com

Disclaimer: Views expressed by the author are strictly his personal and don't represent the views of Pir Panjal Post