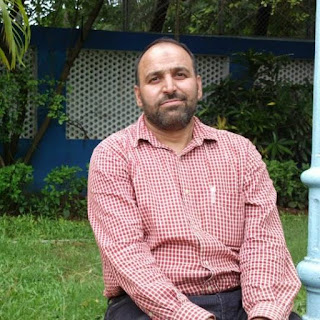 Ahtasham Hussain Butt,  better known under his pen name Mohtashim is one of the most acclaimed Urdu poets of district Poonch.

Mohtashim was born in Mandi (Poonch) in 1971 and did his schooling from Government Boys Higher Secondary Mandi. He could not continue his study due to his father's death. He has immensely contributed to Urdu poetry over the years.

Mohtashim is presently working as a journalist and is associated with various dailies of the state.


The Pir Panjal Post is a project of Payaam: The Message (PTM), an NGO registered with Govt of Jammu and Kashmir, which aims at bringing home education and awareness to all.
Video