Pir Panjal Post May 14, 2018 Economy Education J&K
“Education is the most powerful weapon which you can use to change the world.” ~Nelson Mandela

Education is the backbone of any enlightened society. No society can dare to exist without providing quality education to its members. If we keenly analyze the overall condition of the government schools in Jammu & Kashmir it will give us a very gloomy picture that this most powerful weapon is becoming frail day by day. 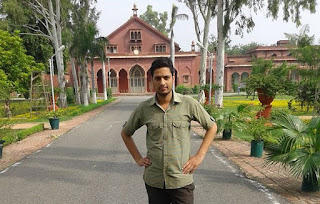 It is often said that the destiny of a nation is shaped in its classroom. But it is unfortunate that the educational excellence and achievement of the government schools in J&K is quite disappointed.  The Infrastructure of most of the schools is futile like they lack proper sitting arrangement, teaching aids, drinking water and toilets. Besides this, students cannot get quality education due to certain reasons like the problem of Teachers-students ratio. According to education authorities the teachers- students ratio should be 1:25, but in some schools, there are 6 teachers for 20 students whereas in some schools there are 3 teachers on 90 students this shows the flawed education policy of the government.

Most of the teachers who teach in the government schools in Jammu & Kashmir send their own wards in private schools. This clearly reflects the status of the government-run institutions wherein teachers are unable to shape the careers of their own children and how can they shape the future of poor students who can’t afford admission in private institutions where monthly expenses are very high? In the government schools administration never forces strict attendance neither for students nor for teachers that creates the problem of student drop out.

Nowadays private institutions in J&K attract large numbers of students and also students of these schools pass board exams with flying colors whereas students of the government schools learn English alphabets in fourth or fifth standards. Educational authorities are equally responsible for this quandary as teachers which are called ‘educational & human engineers’ they don’t get salaries for months which leads them to go for an indefinite strike that ultimately effects study of students.

It is argued that if students would receive a quality education in classrooms they will not go for tuition centers which have become a hub of money making where so-called ‘teachers’ provides them cheap notes and get their syllabus done.

About the author: Zulafqar Ahmed is a doctoral fellow in the Department of Political Science at Aligarh Muslim University.