Pir Panjal Post May 23, 2018 Education J&K Politics Society Zed
On April 27, activists of Rashtriya Swayamsevak Sangh (RSS) had written a letter to the Vice Chancellor of Aligarh Muslim University (AMU), Aligarh, Dr Tariq Mansoor, seeking permission to organise ‘shakhas (camps)’ inside the AMU campus to “dispel misconceptions” and “to familiarize the students” about the right-wing outfit. To this, the Aligarh Muslim University Students Union (AMUSU) president said, “It is an educational institute, not a political hub. We will oppose this move. RSS’s ideology is to divide the nation and they will not be allowed to enter the campus. If required, students will fight for it.”
On May 01, 2018, Aligarh MP Satish Gautam while writing to the Vice Chancellor of AMU objected to the hanging of a portrait of Muhammad Ali Jinnah, the first Governor General of Pakistan, on the walls of the AMUSU office.
In response, an AMU spokesperson said that the portrait has been hanging there for decades and Jinnah was a founder member of the University Court and was also granted life membership of the student union, long back. The Vice-Chancellor cleared that he is considering no such proposal.
Subsequent Developments
On May 02, 2018, a group of Hindu Yuva Vahini (HYV) members, rushed into the AMU campus, raising objectionable slogans, thereby disrupting the peaceful atmosphere. The HYV members carried ‘firearms and weapons’ with them, claimed many eyewitnesses. Subsequently, some of them were detained and taken to the nearest police station (Civil lines). However, another group, allegedly carrying sticks and pistols, more furious and more violent, managed to take away the HYV members, from the police station. The larger group of the Hindu right-wing activists, once again, entered through the main gate of the AMU, Bab-e-Syed, raising communal and questionable slogans. 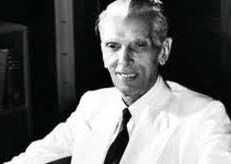 On this, the students demanding arrests of these ‘criminals’ were lathi-charged by the UP Police wherein many of them were severely injured and taken to the nearest hospitals. Police also used teargas shells to disperse the protestors demanding the arrest of the miscreants.
It is important to note that the incident happened at a time when the former Vice President of India, Hamid Ansari was going to deliver a lecture at the University. Many people are of the opinion that, it was a preplanned attack on the vice president of India and compared it with the attack on M. K. Gandhi by Nathu Ram Godse, the Hindu extremist who killed Gandhi. Nonetheless, ‘the attack’ on Hamid Ansari was underplayed by the media.
The Manufactured Controversy
A controversy was manufactured around a portrait of the founder of Pakistan, Muhammad Ali Jinnah, who is popularly called as Qaid-e-Azam, has been hung on the wall of AMUSU Hall, which is known as Siddons’ Debating Club, named after Henry George Impey Siddons, the first principal of Mohammadan Anglo-Oriental College (MAO) Aligarh, the forerunner of AMU.
The club which was established in 1884, run by AMUSU, hosted a number of reputed international figures like Dalai Lama, Gandhi, Nehru, Moulana Abul Kalam Azad, CV Raman, C Rajagopalachari and Jinnah. It has a tradition of giving lifetime memberships to those who have contributed significantly to the AMU or elsewhere in the world.
Jinnah, who was called an ambassador of Hindu-Muslim unity by Indian political figures of past and present like Sarojini Naidu, L.K Advani and Jaswant Singh and who showed immense love for the Indian freedom fighters like Bhagat Singh and others in the Lahore prison, in spite of their ideological incompatibility remained a backer of Hindu-Muslim cohesion during most of his political career.
Jinnah also contributed financially in the establishment of AMU besides making it a residuary beneficiary in his will. It was possibly, these contributions, for which he was awarded a lifetime membership by the then AMUSU in 1938. The lifetime membership of AMUSU was also conferred upon figures of the past like M K Gandhi, Jawahar Lal Nehru, Chandra Shekhar Azad and B R Ambedkar. Needless to say, the portraits of all these great men also hung on the same walls of the same club.
These portraits, including that of Jinnah, if looked from the right angle and not as the political-right wants you to, manifest diverse historical phases through which AMU has gone, to become what it is today. These portraits show the dynamic nature of an institution’s glorious past, which may or may not be compatible with its present.
Therefore, keeping the portraits intact does not necessarily mean that AMU shares the ideology of Jinnah or any other stalwart, who has been given the lifetime membership of the students’ union, partially or wholly. The protection of these portraits means preserving the unique history of an institution, as it is. It is rather reproducing the shared history and culture that Indian subcontinent has enjoyed over centuries.
Although the idea of ‘two nations’ is attributed to Jinnah, and Jinnah alone, but there are revered figures in Indian political history like Maulana Azad and Jaswant Singh who opined otherwise, and also put the blame on Nehru and Patel. Contradicting these gentlemen, let us assume, Jinnah alone was responsible for the partition of India through his two nation theory. Even then, Jinnah’s contribution to the Indian freedom movement cannot be denied like his secular politics right uptil 1937 elections.
But it would be completely wrong to assume that thousands of protesting students at AMU are fighting for Jinnah’s ideas and ‘the two nation theory’. The students of AMU are fighting for their rights to preserve the shared history. It is this line of thought that AMU still has a Morrison Court, a McDonald Hostel, a Minto Circle and many other places named after the Englishmen who came from Europe and occupied India for centuries. The students are fighting for defending their right to chose whether or not to hang a picture on the wall of a university campus. 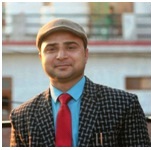 Mujahid Mughal
They are in fact resisting the aggression on the university campuses by the Hindu Right wings.
Having said that I must also mention that the names of various places in India like Vasco De Gama, Dalhousie, Victoria Memorial Gate, Manchester Island, Baba Budan Hills, Vasco De Gama, do not necessarily mean that Indians share the ideology of these persons in present times. India has a People’s Jinnah Hall and a Jinnah House in Maharashtra and a Jinnah Tower in Andhra Pradesh. Is India going to destroy all of them?
(Author is an Assistant Professor of Geography, in the Department of Higher Education, Jammu & Kashmir. The ideas expressed in this article are his own.)
Courtesy : The article was first published in Kashmir Life on May 8, 2018