Pir Panjal Post May 11, 2020 Art Society World
The clear sun  pierced through window spreading over the bed in the room,and over her. She slept, face buried on the pillow , her head cuddled in her round arms, seemless hair on her full hips showed like a thin haze, the sneaky breeze wavered over silky hair.The long argument over the relationship, had left her sleepless almost till Daybreak. She always complained about his indifference and inattentive attitude towards her. He loved her,  infact alot but something prevented him being expressive about his feelings and he failed many a times in convincing her , he thought everything need not be explained and always had an excuse. over days this had become the norm,  " let's call it off" she said. she has said this many a times in frustration, and he would  beg apologies, leaving her emotionally trapped, always ensuring he would manage. She knew he adored her, he always made her feel special, took atmost care of her likes and dislikes and she too was no less either. Their differences would just disappear as in dream the moment they were in  eachothers company, they were Perfectly comforting and confiding together.  But Ritu wanted the relationship to be taken further, but whenever this was discussed either he was  indifferent or ignorant. 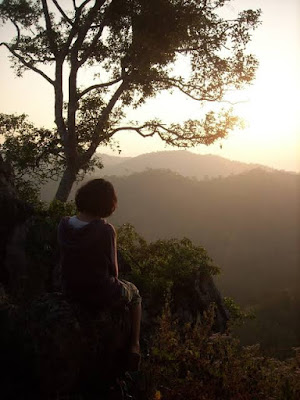 The phone rang, Ritu reached out for the phone, still her head buried on the pillow." Good morning baby are you still sleeping"? He asked, with all sweetness. "Yes" she replied, in a coarse voice.
" Get ready quick. In another half an hour".
"Why Suddenly? I can't" .
" we need to talk, get ready, bye".
The call was unexpected, she was little hesitant. Previous day she again stressed, infact seriously that, they should take a call. She could tolerate no longer. She pulled herself out of the bed, the whole conversation flowed through as she bathed, something did not feel good about his tone and everything.

She waited, as her heart beat louder, He stopped In front of her while she was still thinking. Without a word being spoken she sat, the silence echoed her uneasiness, he didn't break it either, and then he stopped abruptly, pulling with a jerk under a tree. Unmindful she mechanically got down and went on chatting on her phone. minutes later, she gestured why they stopped. "Some problem, the vehicle would not go" he said. She hung up looking bare, He stood watching her, she walked towards him and asked sheepishly, "what are you going to do now",  he pulled her closer in a flash, wrapped in a hug and choked her in kiss," This is what I was going to do", he said, pressing her bindi in place. Her eyes sparkled with a proud smile, he  buried her soaked  face in his chest, as if he could not with stand her eyes.

They stopped by a restaurant and sat by a window facing eachother. He was lost in his thoughts, " you had something to say", she said.  "Yes, I want to", he said feeding a bite. She looked on, the air pleasantly passed through, he looked  straight into her eyes, it looked pained and tired." I was longing to kiss, couldn't hold when I saw you", he minced his words as if being forced into a conversation. "Is this what you wanted to say", she said restlessly. "I have been talking, you are not listening baby", he said feeding her another bite. A little  later he said ," well... I know you are angry, I was not available almost for days", " we men cannot  put out everything like you could ", "It is very difficult, we have  lots of things to consider before taking a stand", his voice sunk, she looked on, this was not the way he spoke, "What is that you are talking about", she asked. "Do have some patience to hear, It is not as easy as you think, the life..... It is all compromise and sacrifice", he said staring at the window." I have been doing that all my life, I can't stand against my family". " You may think I'm weak.... Maybe, but if I have to make a  choice over other things, even if it is my happiness, It would always be the family". she was biting her lips in anger and anxiety sensing what he is at.  He looked at her and pushed her hanging curls back, she pulled herself from his reach, her face burning in despair. He reached for her hand and held it in his firm grip," you know how unlucky I'm, and cowardly too, as you may think," "but it takes too much to sacrifice, and still  I'm bound with out a choice", I don't want my family to suffer from my selfishness",  he held his throat, unable to speak further, as if, he felt a lump, "I can't speak", " Come let's go it is getting late".
" No, let me hear what it is, I can't wait", she said.
"Please baby , shall we", he said and walked out leaving the bill paid. She sat feeling burdened, her foot losing ground, she held her tears within and minutes later walked hurriedly as if in revelation.

The silence pervaded, as the dark clouds gathered in haste. "Let us not prolong this", I can't take anymore", she thundered. He held his silence in sanity, "will you speak please, it's enough", she cried. He stopped by and looked at her, his face so different, pain painted all over, as she watched, the clouds melted in his eyes. He could no longer hold it, he walked away hid his face and sobbed like a helpless child. Ritu trembled in fear, but did not dare to walk towards him, her eyes as dry as the land ravaged  by wind. She held on to herself, clueless if she has to pacify his clamoured heart or implore why he failed her. Her mind was tearing her in parts, yet, she sat holding it all, that moment void of all her emotions like a fatal injury that leaves numb of pain, she held herself clustered with a grave expression as such of heavy dark clouds. As minutes plodded menacingly , she resolved to end it or endure it and walked towards him.
He stood lost and forlorn looking at her, before she uttered, he embraced her and broke as a child would in the arms of the mother, Confiding his failure in losing her for his family. She had foreseen this, though he held her in assuring confidence. He held her face close to his swelling tears, every droplet conveyed his love and fragility, he kissed her face over and over in such a haste of pain tears sowing upon her barren face. "Forgive me, I can never be able to forget you, not till I'm alive", "this heart is all you " "every moment with you was full and sincere" , " but I'm not lucky ". He held her tight in his failing arms pressing her face close to his heart, she was scattered to hear or feel. It poured suddenly in such heaviness as if it was crying out the fate of both the hearts. 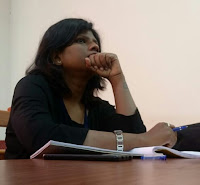