Pir Panjal Post October 17, 2017 Art Culture Education Society Zed
“I don’t know anybody here, I am injured, and my hand may get amputated if nobody reaches on time”. The caller was a friend of him and terror stricken. “Don’t worry, somebody will surely come to your rescue, he announced and assured him”. 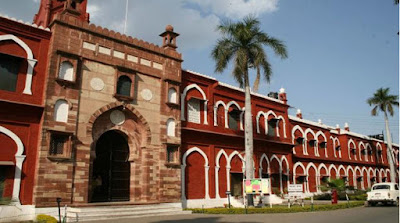 It was 7 pm in Spain and in India 10.30 pm. He searched for few numbers in an international directory; picked up two numbers randomly.”Can you help”? The stranger replied “I will”, without giving a second thought. He called to another, the reply and the assurance was same from the other stranger as well. The distance to be travelled was 600 miles. Two strangers embarked their night journey in a foreign country after receiving a call from a stranger to help the stranger.

At 3 am in the night “everything is fine his friend called him” and furthered “you never told me that you have your brothers here in Spain” he said “yes they are my brothers” with moist eyes.

And I wondered the international directory was AMU Old Boys Alumni directory.

About the Author: Naved Ahmed is an Aligarh based writer and an alumnus of Aligarh Muslim University, Aligarh