My Journey Into Islam 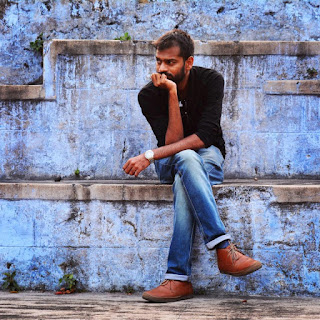 Thanks to lovers and haters alike. The decision to become a Muslim is not new. I did this in 2012 and the legality was done only a few days back. I’m a Tamil whose lineage and pride lies in Thiruvalluvar’s teachings where social justice and oneness of God is taught 2000 years back which is older than Islam. Any faith, be it Christianity or Buddhism or Islam that has such qualities is appropriate for us Tamils as my friend Joshua says. Due to Brahmanic infiltration, a lot of our culture and tradition were corrupted and Hindus of Tamil Nadu had fallen into the caste system which I’m against hardcore. Our deities were hijacked to suit Brahmanic supremacy designs. This seeped down to the present dominant oppressive classes and castes as well.

I was born to a father who comes from a non-Brahmin Poonul wearing community and to a mother who comes from a backward community which oppresses schedule caste people till date. I till date felt ashamed for this stain of oppressive caste identity of my birth. Humans being discriminated based on birth is an injustice and in the whole world, it happens only in Hindu faith. My father was a caste supremacist and my relatives as well though he came from a poor background. This happened on my mother’s side as well, but thankfully my mother was a Periyarist who never believed in this caste system and stood against it all means. She worked hard to bring us up – my brother and myself. She introduced us to books which is the biggest gift. In her busy work schedule, I was brought up by a fisherwoman in a slum as well.

As I mentioned earlier I found it shameful to have caste identity but always took pride in attaching myself to be a fisherman. Because they were the people who were discriminated in my society and they are till date. This is where I got introduced to see the life of Dalits who were discriminated for hundreds of years because they were born into an Avarna caste (outcaste) according to the Brahminical Hindu order. They were not just considered lower but completely outside the system, hence the word Untouchable. This pain of being a part of an oppression never felt good for me. My father and few of his friends introduced me to this caste bigotry and discrimination towards Parayar community and religious discrimination especially on Muslims in their casual talks. They weren’t serious but they had it in them. One such person is an Assistant commissioner in DGP office of Tamil Nadu. Once I had a chat with him where I felt like I was sitting in an RSS office. Yeah, it was that bad. The communal hatred. I’m never against people of any faith personally. I’m only against systems of oppression. I still live in a Brahmin dominated colony and have good friends with people on personal level. But I’m a hardcore rebel against the structural system of Brahminism which shattered and corrupted Tamil society. Does this mean Islam or any other religion is highest? No. I don’t say anything at the highest. They are just faiths and everything has people in them. We all don’t even know about thousands of native faiths worldwide like the ones of tribal faiths. Everyone are people and everyone are equal. Every faith has its own problems and I took up Islam knowing the most of its problems and fallacies as well.

As I said, whichever faith that ensures social justice and equality to its followers works for my society and I found Islam to fit my ideas. This is not the case with Hinduism as a person is segregated into a lower caste or a higher caste merely by birth where one cannot choose to switch between. As one of my leaders Ambedkar said “Though I was born a Hindu, I solemnly assure you that I will not die as a Hindu.”, now I have come out of the Brahmanical Hindu faith to embrace Islam that gives me one umbrella of one Almighty, one community at least in a prayer hall and by basic tenets of the faith. I’m also aware Ambedkar converted to Buddhism but I did not choose it for reasons of rebelling against the prevalent Islamophobia. All said, I shall stand by my leaders and visionaries like Thiruvalluvar, Buddha, Jesus, Mohammed, Periyar, Ambedkar and other contemporaries to remain a rationalist all my life and be a Muslim as well who shall question any injustice if it’s done in the name of Islam too, like how I always stood against Wahhabist ideologies within Islam. I’m happy for the change of my religious and political identity where I’m entering the door of Sufi Islam. I wanted to wait for my Nikah day to inform this to everyone, which is why I did now. God bless! Freedom!

The write up has been taken from the facebook timeline of Chalukyan G, who has embraced Islam recently.
Disclaimer: The views of the author are strictly personal and do not in anyway represent the views of Pir Panjal Post