Pluto is a far-off frigid world at the fringe of our solar system. It has yet to complete one circle of the sun, since its discovery more than 90 years ago. It is named after Hades. Hades was a Greek god of the underworld, who was also known by the name of Pluto. Pluto has had a difficult relationship with space scientists, who have long argued whether it should be called a full-fledged planet despite its rich history and distinctive features. Pluto is slightly smaller than Earth’s moon. It has a heart-shaped, vast region across its equator, which is a glacier called Tombaugh Regio. This fascinating dwarf planet has blue skies, spinning moons, and mountains as high as the middle Himalayas, and it snows there as well—but in red color.

Clyde Tombaugh, an American astronomer, made the initial discovery of Pluto in 1930 while looking for the enigmatic Planet X. This Planet X was expected to lay beyond the orbit of Neptune. Surprisingly it turned out to be Pluto! It was discovered as the smallest planet in the solar system. A tiny, icy world with a diameter of a little over 2,300 kilometers. Pluto possesses a weak atmosphere of nitrogen and methane gas, and its surface is coated in frozen forms of methane, nitrogen, and carbon monoxide. The distance of Pluto from the Sun at its perihelion (closest point to the Sun) is approximately 4.4 billion kilometers and at aphelion (farthest point from the Sun), its distance is approximately 7.3 billion kilometers.

Compared to the other planets and smaller solar system bodies, Pluto has a distinctive elliptical orbit around the sun. It occasionally orbits the sun closer than Neptune and occasionally lies further from it. Pluto spends a significant portion of its orbit time in the frigid, dark interior of the outer solar system— where it may be as cold as -235 °C. While the orbits of the majority of planets are almost circular, Pluto's orbit is very elliptical, or oval-shaped. This implies that during the course of its orbit around the sun, its distance fluctuates considerably. Pluto's orbit is not only elliptical but also inclined with respect to the plane of the solar system. This phenomenon causes both its distance from the sun and its location in relation to the other planets to fluctuate. The dwarf planet still adheres to the same fundamental celestial mechanics as the other planets in the solar system, despite its unusual orbit.

To explore Pluto and its three moons, NASA launched the New Horizons mission in 2006. The designated spacecraft made the first flyby of Pluto in 2015, giving the public the first up-close views of the dwarf planet and its satellites. In order to slingshot past Jupiter and pick up speed on its way to distant Pluto, the New Horizons spacecraft employed a special maneuver called as gravity assist. This strategy usually entails flying the spacecraft very near to a planet— such as Jupiter. New Horizons was able to shorten its voyage and conserve fuel by employing this method. The spacecraft was able to investigate Jupiter and its moons —thanks to its gravitational assistance before moving on to Pluto. The mission has provided valuable information about Pluto's surface, geology, and atmosphere, and has helped scientists better understand the history and evolution of our solar system.

Due to its tiny size and absence of overwhelming gravitational pull to clear its orbit, Pluto was removed from the list of planets in 2006 by the International Astronomical Union (IAU), the body that formally establishes the names and characteristics of celestial objects. Pluto was categorized as a dwarf planet instead. Many in the space science community disagreed with this decision. They argued that Pluto's classification as a planet should not be based merely on its behaviour. Some claimed that Pluto should be regarded as a planet, because, like the other eight planets in our solar system, it has a spherical form and a well-defined orbit around the sun.

With many uncertainties surrounding its classification, Pluto remains to be a captivating location that piques the curiosity of both scientists and the general people. This distant heavenly body will still take another 156 years for its first round around the sun to complete after its discovery. We may still learn more about it and come to grasp its unique location in our solar system. Despite no longer being considered a planet, Pluto will remain an essential target in the study of our solar system and the cosmos beyond. 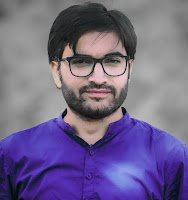 About the author: Ajaz Ahmad Khawaja is a space enthusiast who is interested in fundamental astronomy. He has a limited background in the field and frequently writes on basic topics, sharing his knowledge with others. In addition to this, Ajaz is also a teacher in Jammu and Kashmir Department of School Education.