“The  greatest weapon white men have used in the past against our people has always been their ability to divide and conquer.” With these words, Malcolm X was trying to make blacks understand that people in power exploit them for their gains and then to further maintain this status quo, divide them at different levels on different issues to divert the oppressed from raising their voice against injustice and oppression. Blacks of the mid-20th century were wise enough to take the words of Malcolm X seriously and thus liberated themselves.

Comparison between the above-mentioned situation and dynamics between Gujjars and Paharis in the Pir Panjal region of Jammu and Kashmir illustrates a stark difference where the Gujjar Pahari rift is not only deeply interracial but also prolonged. This rivalry is not new, like a dormant volcano it has always been there but the turn of events leading to the sudden eruption of hatred and hostility are concerning as August 2021 marked the only second anniversary of the abrogation of special status of J&K and its bifurcation by BJP led government. This situation was something that required people to focus on impending capitalist ambitions to exploit the resources of this region and much dreaded demographic changes. The situation demanded them to be united and unanimous against this exploitation and for securing their rights. However, they have been successfully turned against one another to divert the focus. 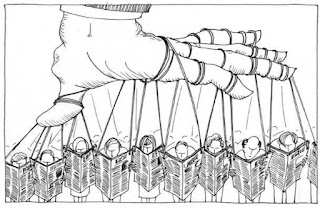 The reason behind recent animosity and rift is the demand for Schedule Tribe Status by the Pahari speaking people which has been opposed by the Gujjar Tribe. This debate of demand and its opposition has created a lot of chaos in the society because Paharis think it is their right to get this status whereas Gujjar Tribe claims adding Paharis into Schedule Tribe would violate their rights.

The term ‘Scheduled Tribes’ is not defined anywhere in the Constitution though Article 366 (25) refers to scheduled tribes as "such tribes or tribal communities or parts of or groups within such tribes or tribal communities as are deemed under Article 342 to be Scheduled Tribes for the purposes of this constitution", whereas Article 342 states for specification of tribes or tribal communities or parts or groups within tribes or tribal communities which shall for the purposes of this Constitution be deemed to be Scheduled Tribes in relation to that State or Union territory, in pursuance of these provisions, the list of Scheduled Tribes is notified for each State or Union Territory and is valid only within the jurisdiction of that State or Union Territory. The procedure followed for specification of a community as scheduled tribes is not given in any statute but were explained by the Lokur Committee of 1965 as indications of primitive traits, distinctive culture, geographical isolation, shyness of contact with the community at large, and backwardness of such Tribe, both educationally and socially. In 1989 Eight communities, that are Bot, Brookpa, Changpa, Garra, Mon, and Purigpa, Balti and Beda, were notified as tribes in Jammu and Kashmir whereas Bakerwals, Gujjars, Gaddis and Sippis were notified as the scheduled tribes under the constitution after Scheduled Tribes Amendment Act, 1991. Despite recommendations from the government of Jammu and Kashmir in 1989 and thereafter, Paharis were not recognised as Tribe and their demand was rejected several times. The demand is peaking again as  GD Sharma Commission is soon to submit its report, inter-alia, on the inclusion and exclusion of the communities from the current list of Educationally and Socially backward classes.

There is no debate over how Gujjars and Bakarwals are the most backward in the region, people belonging to the same faced alienation for years because of casteism and other socio-political reasons, even now they are stigmatised at different levels making them the most deserving for affirmative actions which they already enjoy. Nevertheless, it is also to be taken into consideration that there is no concept of creamy layer exclusion in Scheduled Tribe reservations like Other Backward Classes, thus resulting in horizontal discrimination within the tribe. This renders the underprivileged (in the true sense) poor, alienated and backward in all dimensions.

Whereas in the case of Pahari Speaking People there is no trace of any stigma attached with their identity but as per a study of Institute of Peace and Conflict Studies, New Delhi socio-economic conditions of the same is not as good as the people of many other communities of Jammu and Kashmir. This became more authentic when State backward Class Commission of Jammu and Kashmir, in its report of 2017 submitted, “From the perusal of the record obtained from various institutions, we are satisfied that a case is made out in favour of Pahari Speaking People to be considered for being treated as a class of people suffering from socio-economic backwardness and inadequacy of representation and, in the judgment of the Commission, deserve reservation to the extent of three percent”. There are some communities and groups like weavers,  ironsmiths etc in  Rajouri and  Poonch which pass through almost the same circumstances,  some practice the nomadic life as  Gujjars do, but the majority of Paharis include not only so-called “upper castes Muslims” but Brahmans, Mahajans and other “upper castes Hindus” as well which seems one of the reasons Paharis were never considered as the part of one tribe meanwhile any commission constituted under Article 342 of India Constitution for this purpose will firstly see whether all Pahari Speaking People qualify to be a ‘single tribe’ and then the rest of the procedure will be followed to decide to recommend them for Schedule Tribe or not.

There are arguments from both sides of the parties but the contention of this article is not to analyse who deserves what rather emphasise how this issue is being used to increase enmity between people of this region. This is also a fact that this hatred and animosity didn’t develop overnight but is a slow poison which slowly and steadily being injected since long such as  Gujjar Day is being celebrated every year on 22nd May on the day of Kushan King Kanishka to assert a different identity from rest of the society. This further widened the gulf and created a sense of alienation in the society, and as a reaction Paharis started organising conventions at different places to further polarise the people and add fuel to the divisive fire. More surprising is that such days and such conventions aren’t only to gain advantages in the politics by politicians but are being endorsed and promoted by the most elites of the society including educationists, government officers and so-called civil societies. This vicious division will have deep implications on the present and oncoming generations, the people in power now or before would never wish to end this rift as this is helping them to remain in power and rule. On the other hand, leaders from both sides find it an easy ground to make their careers.

People might see it as a mere rift on the reservation but the fact is that this rift is what will divide people in a way that our upcoming generations will treat each other as untouchables. It is not just a prediction as it has already started reflecting itself within the people from both sides starting from social media.

This could be further seen in our social relations in this region which has followers of Islam as the majority, a religion that rejects any and every type of superiority and believes in complete brotherhood yet there are rare cases of inter-caste relations. Needless to state even in the worst situation there shouldn’t come any trait of superiority in our heart and mind, particularly in the case of Muslims because even the last Sermon of Prophet Muhammad (s) which is gist of Islam defies such discrimination in its all forms as reported in Musnad Ahmed, "O People! Your Lord (God) is One and your father (Adam) is one. Beware, an Arab has no superiority over a non-Arab and a non-Arab has no superiority over an Arab, a white has no superiority over a black and a black has no superiority over a white, except with righteousness/piety..." but in our case, the level of ignorance and hate is so high that even in the universities and educational institutions, where students from different corners come together and have friend circles from different regions, religions and ethnicities. A major section of students of Pir Panjal finds themselves comfortable only in their own communities meanwhile Gujjars share spaces exclusively with Gujjars and Paharis with Paharis only. This is the mindset of learned people now imagine about those who never got any opportunity to educate themselves.

People of Pir Panjal need to understand that divide and conquer is an old tactic. It is fine to ask for something but at the cost of conscience and what the upcoming generation will have to pay is something unimaginably devastating therefore it is high time for the people from both sides to sensitise people and sit on a common platform to decide the future course of action and responsibility to stabilise the situation is more on the civil societies, educationist and particularly on priests to make people realize that hate can never be a solution to any problem and no ‘benefit’ is worth enough to compromise our human values. More importantly because of the current situation of Jammu and Kashmir, any sort of division anywhere at any level will only lead the people of Jammu Kashmir towards destruction and desolation. 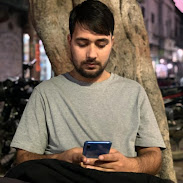 About the author: Sajid Bukhari is a law student at Aligarh Muslim University and can be reached at sayedsajidali6@gmail.com

Disclaimer: The opinions expressed within this article are the personal opinions of the author. The facts and opinions appearing in the article do not reflect the views of Pir Panjal Post and Pir Panjal Post does not assume any responsibility or liability for the same.