Opinion| Face Of Democracy In The World | Nasreen Iqbal 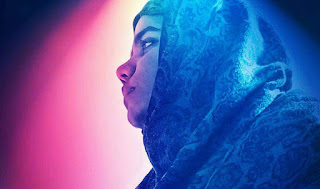 Every day I see the violation of democracy in terms of freedom of speech and expression.

Sometimes it seems like the current form of democracy is rolling back to the old forms of anarchy, aristocracy and what not. The rulers who are duty bound to ensure public security now seem to threaten the same on the basis of their ideologue. It is the high time that rulers need to revise the basics of democracy and its motive so that they don’t impose their personal laws on the masses. When we trace the history of democracy, we come across the following:

The word democracy is derived from two ancient Greek words i.e. ‘demos’ means “the people” and the ‘kratos’ means ‘to rule”. Lincoln’s definition of democracy is quite acceptable to everybody since ages. And what his definition say is, everything is for the people, of the people and by the people. People are the primary force to run a society in its every sphere; it may be political, economic and cultural as well. This further reinforces our mind that the people are the actual decision makers and they must be. But what is the actual picture of democracy in today’s world? Where does its content stand? Does it suit the needs of the people? Are people free to express their feelings logically and boldly? Are they free to accept or reject the decision of governments under which they are bound to live their life? Are they experiencing the richness of brotherhood in the society? Numerous questions arise when we think of the term democracy.

Democracy as a philosophy of politics gives an individual the full freedom to think. The idea of democracy was inspired by the feeling of 'nationalism' among colonized countries. People were inspired by the revolutionary movements in France and America because they struggled hard to uproot the then-existing ruling elite. But even after centuries long agitation against the antagonistic forces harming the aim of democracy, the results are still quite adverse.  As such in the current scenario, the roots of democracy are being shunned by the evil forces of Fascism and Capitalism in democratic forms of governments such as in India and USA.

In medieval times there was no concept of nation and nationalism because the social structure was under the control of feudal lords. In such state of circumstances, one is bound to think whether their system of governance was really democratic or otherwise. These Feudal lords were empowered by their defacto rulers to control and suppress the weak masses according to their desired will.

According to Marxist ideology, these controlling sections of the society were of the Bourgeoisie whereas suppressed class belong to Proletariat. In the Communist Manifesto, Karl Marx explained that “the history of all hitherto existing society is the history of class struggle”. The contemporary ultra class of modern society is the Capital Class which has divided the entire world into two major classes i.e. the bourgeoisie, that controls the means of production and Proletariat, the labor class.

When we think of the term ‘democracy’ it seems not good to indulge in the discussion without making a brief mention of its various types. The parliamentary democracy is being practiced in most of the countries in the world including India wherein, it is operated through the peoples' representatives and not through the people themselves. The people are given the chance for two to three minutes to stamp in favor of a candidate and after that, the same people stand nowhere as the representative enjoys his/her power for five long years.

Now, what is the factual position of democracy in the modern world?
India is one of the largest democracies in the world but the ground reality narrates a different story. Since 2014, the degree of polarization has crossed the limits. The people are being terrorized and panicked. Myths are being practiced in order to sustain the power. Every face of fascism is visible on the ground. Religion, race, and caste are the soft targets to achieve and retain political power.

The sole philosophy of the democracy lies in golden principles of liberty, equality, and fraternity. Liberty stands for the freedom to live according to one’s own will without any external or internal interference. Liberty for which generations have fought hard to attain is now under threat in the majority of the democratic countries. They are being targeted by the police forces and most of the students were even detained. The second principle i.e. equality is also facing challenges. It is often seen in India that violence against women still prevails in highly populated regions such as Haryana, Delhi, and Bihar. The third principle i.e. fraternity is also shattered. Intolerance and enmity are now an order of the day. Not only this, intolerance has become the symbol of the existing era as writers, journalists and authors are being eliminated on the basis of ideological differences.

In nutshell, the centuries-old communal fabric and the concept of fraternity is being disturbed everywhere. Communal forces are playing unreined. In fact, it is the constitution which provides ways and means for how to remain united and grow a country like ours having different religious, cultural and ethical identities. But now it seems constitution has been sidelined and no one is bothered about its commands and directions. Now democracy seems moving ahead adverse to its basic ideas of liberty, equality, and fraternity. Fascism is being used by the capitalistic forces as their prime tool to implement their hidden agenda. Fascism and Capitalism seem two different sides of the same coin. Fascism is the real face of the unseen capitalistic forces.

In Burma too, the communal atrocity is being inflicted on the Rohingyas and they are forced to leave their country. Further, the center of world democratic power is not too left untouched by the fascist tremors. Even the USA which is considered as an epitome of democracy is experiencing the fascist waves nowadays under the leadership of Donald Trump. In most of the countries such as Syria, Iraq and many other middle east countries, democracy is being dashed to the ground in every sphere of the peoples' lives whether it is political, economic, cultural, religion, education or health.

In March 2015, President Abdul Kalam said that “dubious means” are being adopted to cobble up numbers to form the government and further added that polling processes have been late, “ under severe strain” with fatal violence. The politicians take the constitution for-granted as their shield to justify all their corrupt practices by misinterpreting the constitution and its flexible nature.

The economic inequality exists in a highly brutal form in India where only 1% of the population holds 73% of the income. As to the environmental situation, all the environmental components, i.e., air, water, land, forest, biodiversity etc have become degraded and polluted to a great extent.

Air pollution in India has become the cause of 25 lakh deaths annually and also 25 lakh people die of hunger in the country. Air pollution in India is costing economy 3.75 lakh crore a year as per the World Bank Annual Report, this amount becomes equivalent to 5.7% of GDP. Around a quarter of the 1.6 billion people of the world that live with no access to electricity live in  India and a further 300 million people in India live with very very limited access to the electricity as per the 2017 State of Global Air Report: Air Pollution in India. The report further says India is home to 13 of the 20 most polluted states in the world as documented by the World Health Organizations. The environmental performance ranking places India at 177 out of 180 countries. This is all the outcome of our democratic government approach and policies.

In South Asia, there is an extensive erosion of natural resources as a result of rapid deforestation. The pressure on South Asian ecosystems has led to floods and droughts. Global warming is found to have serious implications for all coastal regions. The degeneration of human resources in South Asi in the age group of 5-14 work as laborers. The condition of women is so serious that millions go to bed hungry every night, millions are highly distressing. The problem of poverty is further aggravated by further aggravated by various other social deprivations such as primary schooling for various other social deprivations such as primary schooling for children, health care, safe drinking water, adequate nutrition for children.

The performance of democracy at the International level is quite evident from the various authenticated reports made by the United Nations and other social expert reports. A well known Economic historian, A Madison, has stated that the gap between the richest and poor countries in 1820 was about 3 to 1. It became 11 to 1 in 1913, 35 to 1 in 1950, 44 to 1 in 1973, and 72 to 1 in 1992. It became 74 to 1 in 1997 and today the picture has totally aggravated wherein 1% of the world population holds 82% of the wealth.

A new World Health Organization’s air equality model confirms that 92% of the World’s population lives in places where air equality levels exceed WHO limits. In this context, the air quality levels of Delhi exceed the WHO limits in normal conditions. It stands at 250 PPM to 300 PPM in normal condition whereas it should not exceed 100 PPM as per WHO limit. According to a report namely, Don’t pollute my future! ,570,000 children under 5 years die from the respiratory functions annually: 361 000 children under 5 years died due to diarrhea: 270, 000 children during their first month of life: 20, 000 deaths of children under 5 years from Malaria, again 20, 000 children under 5 die from unintentional injuries attributable to the environment such as poisoning, falls and drowning. Finally and most importantly, the March 2004 report of the Natural Environment Research Council Centre for Ecology and Hydrology in Dorchester, UK reported: “A 6th massive extinction event in the history of life is upon us yet again.”.  The Dorchester, UK center says that previous five extensions are due to the interplay of natural causes, while the 6th one seems to be due to human activity.

If human activity as per the report is going to cause the 6th massive extinction, it becomes necessary to examine the role of operational agencies ( governments ) and their policies and approaches because all the human activities in a social system are governed and regulated by the governments themselves.

From the above discussion, it can be concluded that democracy hardly exists anywhere on the earth in terms of its definitions i.e. government of the people by the people and for the people. Instead, it is a people’s 'representative rule' which is being regulated and directed by the world corporates for their profit safeguards and maximization at the cost of the environment and the people.

About the Author: Nasreen Iqbal is an M.A in English Literature from Mata Vaishno Devi University, Jammu.

Disclaimer: The views expressed by the author are strictly personal and do not represent the views of Pir Panjal Post.