The Winner Cup 2018, which is recognized by International Olympic Committee (IOC) that led the 15 year boy to Abu Dhabi was held from November 23-26, 2018

In total Karate players of 20 countries from across the globe participated. Adil Mehmood who  played against the American, Chinese Japanese and Iranian "karate champions" lost it only to the Iranian player which led him to win a Silver Medal.


"Life is precious. I want to tell everyone that there's more adventure and thrill in sports than in drugs" said Adil when contacted by Pir Panjal post. 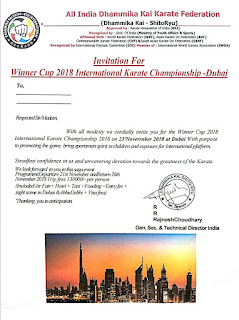