Pir Panjal Post August 30, 2018
The craze of being involved in politics dates back to the times of colonial Britishers in the Indian state. The presence of charismatic leaders like Gandhi, Jinnah, Nehru, Azad, Tilak, Bose etc. inspired people of the country especially the youngsters to take part in active politics to become a voice of their own demands and strive to achieve the goal for which national movement was gearing up. 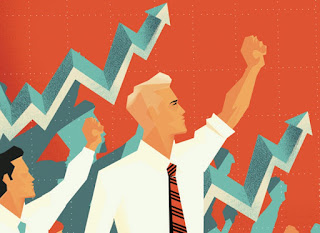 The participation of people into the political sphere ranging from students to lawyers to businessmen and others was based on a great cause that was aimed to get the country liberated from the clutches of British occupants looting country's resources and depriving Indians of very basic rights. The leaders were honest, dedicated to the principal of service before self. The energy of youth and guidance of senior leaders shaped the density of nation brightly and united the much-fragmented society of this country.

After 76 years of freedom, we can nowadays find people discussing the political affairs of the country. From a Rehri Wala to a school-college going lad to a working professional or government employee, we find people around us who are politically opinionated but politically unaffiliated.

The decrease in the level of political participation of educated youth in our country is declining blatantly because of one or other reason. Either we don't have the charismatic leaders anymore or there is not any cause of larger general interest left in India for which people should get united.

We got independence in 1947 itself. However, we still find ourselves in stitched up in the shackles of casteism, regionalism, communalism. We still find people around us who get killed merely on suspicion of 'BEEF'.

We still find people getting lynched in day broad light on just because of belonging to another religion.

Shamefully, we can find on national newspapers picture of a Union Minister of our country garlanding and encourage rioters, lynchers and killers of Indians belonging to a community other than that of Union Minister.

Apart from it, we daily come across issues ranging from rapes of minors, blatant corruption, scams, deceiving of youth by rulers, oppression unleashed against marginalized communities. In a nutshell, the essence of narrating the above-written things is that where the society of a nation which is the world's largest democracy going towards?

Isn't it a time to bring a changing by getting united like did by young Indians like Bhagat Singh, Ashfaqullah & others.

We find youth active in politics working in one or other party but hardly somebody bothers to do something for a much-demanded change in a derailed society. Certainly not.
It's the right time for youth to get the best kind of education to make themselves wary of their rights & duties, right & wrong. It's only youth whose participation can bring the much better gone old good days back to this great nation.

It's time to come up together and join hands to fight the evil together. It's better to serve society rather serve politicians by beating chest for them.

About the Author: Aquib Wani is a student activist who is pursuing graduation from Govt PG College, Rajouri, J&K

Disclaimer: Author's views are strictly his personal and do not in any way represent the views of Pir Panjal Post.