Pir Panjal Post July 11, 2020 J&K Opinion Politics World
Historically, the erstwhile princely state of Kashmir did not express the decision about its political future before the date of partition-15 August 1947 of the Indian subcontinent. The ‘Two Nation Theory’, a communal framework of partition which was premised on the assumption that Muslims and Hindus are two separate nations. So, Pakistan a nation for the Muslims had to carve out of the British Indian territories following the demographic logic of the religious majority community. Kashmir, like other princely states, had the choice between to join whichever dominion they wanted to stay with or else could stay independent. The rulers of Kashmir (Muslim dominated region)princely state under the Hindu Dogra rule of Maharaja Hari Singh chose to sign a standstill agreement with both the dominions. 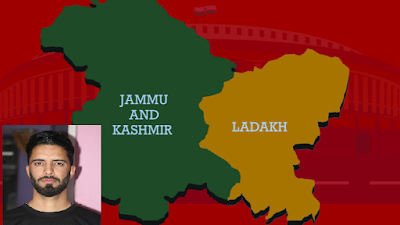 On 24th October 1947, Hari Singh, the then the autocratic ruler of Kashmir appealed to the Indian government for military assistance, as an armed assault from Pathan tribals of the Northwest Frontier Province, had begun. There are primarily two perspectives to understand this tribal aggression. One, that the news of communal violence and massacre of Muslims of Jammu province of Kashmir had reached their areas and hence they had marched towards Kashmir to save them. As in Jammu, the Muslim massacre, the estimated figures are that between 200,000 to 500,000 Muslims were killed in 1947.


Secondly, that Pathan attack was orchestrated by newly formed Pakistan to annex the territory by force, hoping that the Muslim population in Kashmir would not resist their aggression. The contestation is between the idea that it was an amorphous attack to rescue the Muslims of the state and the planned attack by Pakistan state in the disguise of Pathans with the backing of Pakistan Army. In this situation, the request for military assistance by Kashmir’s ruler to India was the first crucial foreign policy question confronting the Indian state and its considerations. Indian leadership was half divided opinions about how to proceed with the request for military help. Nehru opined that direct military intervention would lead to the war with Pakistan and Sardar Patel shared the opinions that India need to rush her troops to save Kashmir without caring for consequences. Finally, after signing the documents of "instrument of Accession ", Nehru send its troops to Srinagar.


India successfully intervened in Kashmir and expelled the Pathan tribals beyond the Uri river in Kashmir and to control of its capital Srinagar. Consequently, Kashmir was divided between India and Pakistan separated by the Line of Control  (LOC) mandated by the UN. India’s argument based on the instrument of accession signed by Hari Singh claimed whole Kashmir and Pakistan alleged India of intervening in Kashmir militarily and wanted status quo ante. Nehru argued that Kashmir, a Muslim majority region, was an apotheosis of India’s secularism and inclusive democracy. Further, he was of the opinion that people of Kashmir were the primary and genuine party to decide what political course Kashmir should take in the future. With this secular thought, democratic understandings, and internationalist outlook, he referred Kashmir's question to the UN security council.


However, it became the battlefield of ideological contestation among different political formation in
the domestic politics of India. The debate has oscillated from position of Plebiscite to unity in diversity ( a democratic, secular, and inclusive understanding to built a multicultural state.) to ‘ Atoot Ang’ integral part, primarily driven by Anthropomorphic understanding of the cartography of India with the presumably Kashmir as head of the country to 'Akhand Bharat' ( and idea to reclaim all the territories considered to be part of Indian civilization in Vedic times.

Lord Birdwood writes that once Maharaja of Kashmir rode to India regarding the assistance and subsequent admittance to the union of India. There was no mention of the question of the plebiscite. However it was Mountbatten’s reply on 27 October 1947 that made a clause for the plebiscite in Kashmir as soon as law and order have been restored, the question of state’s accession should be settled by a reference to the people. The reference to the people forms the essence of the plebiscite argument in Kashmir.

On 31 December 1947, India took Kashmir's question to UNSC. It referred Kashmir issue under articles 34 and 35 of chapter 6 of the UN charter which deals with the ‘Pacific settlement of disputes’. Krishna Menon is of the view that India committed a mistake by referring questions under chapter 6 whereas India should have referred Kashmir issue under chapter 7 i.e “Action with respect to threats to the peace, breaches of the peace and acts of aggression”. It totally changed the nature and status of Kashmir's issue at the UN and in the international arena. Later even Indira Gandhi in a speech in New York lamented that “Kashmir issue should have not been sent to the UNO".


In the present context, the aftermath of the abrogation of Article 370 and 35A and subsequent bifurcation of erstwhile Jammu and Kashmir state, the question of accession resurrected which become the cause of political uncertainty in Jammu and Kashmir. The neighboring country Pakistan has also once again taken this issue in the UN. China is also indicating her dismay over the changing political landscape of J&k. Hence, the accession of J&k with Indian union has been a subject of debate since independence and this issue seems to be lingering on towards unmarked destination. 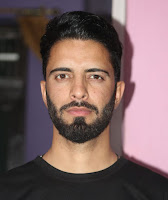 About the author: Mohammad Salman khan has done MA in Political Sciences from Jammu University. He belongs to Mandi Tehsil of Poonch District.