Pir Panjal Post August 05, 2020 J&K Opinion Politics World
It has been a year since article 370 was finally repealed on 5th of August 2019. Today, when whole of the country is going through COVID-19 catastrophe, there is this part of country which is facing the double lockdown. What is more unfortunate is India, as a country, is going to celebrate the anniversary of revocation of 370 by locking up the residents of Jammu and Kashmir. 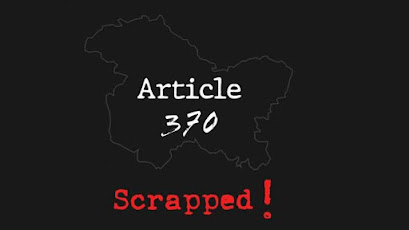 Despite our Government from the National Capital Delhi claims that this revocation of Article 370 would usher a new dawn in disputed and violence-hit state of Jammu and Kashmir. Government had taken this unilateral decision claiming that it is the only possible way to end the militancy, and to to ensure the peace, tranquility and development of the region  by providing its youth more modes of employment and development in other sectors. We were also told that it is the only way to make the return of Kashmiri Pandits to the valley possible. But this has remained a distant dream as nothing has been done so far in this regard. We were even threatened our existence as this unilateral decision snatched our autonomy which was  given to us after long efforts and struggles by our ancestors right after the partition in 1947 . For me, this is completely against the Federalism.
Actual situation after Article 370 revocation:
One year of revocation the 'peace' claims of govt are being challenged by the ground realities. The report prepared by Jammu and Kashmir Coalition of Civil Society (JKCCS) revealed that in the first 6 months of the revocation there has been 229 killings due to violence and destruction of properties (mostly residential) during gunfights with militants and ceasefire violations at Borders and between forces of India and Pakistan and  has increased manifolds. Atleast 48 residential houses were destroyed in kashmir this year.
About 95-100 youngsters have joined the militant ranks from January to July this year. Around 2319 ceasefire violation incidents have been recorded so far and these figures are nearly twice of those recorded last year (1309). The region is sieged since 5th August 2019 with a complete high-speed Internet gag.  It is next to impossible to have some fair discussions on this topic as whole political activities in the UT of Jammu and Kashmir are at standstill. The only source for general masses to raise their voice is internet and Social Media, which itself is under lockdown.
Kashmir was not this violent in the past. The festivals were celebrated with peace and harmony. But, to attain the so-called peace, even the festivals have turned into mournings. In situations like these, I often recite a couplet of mine
Laraz Jaoge Jo Dastaan-e-Kashmir Sun Logey
Namaz-e-Janaza Padha Hai Kabhi Kya Eid Main Tumne
Disclaimer: The views expressed by the author are her personal and do not in any way represent Pir Panjal Post's editorial stance. 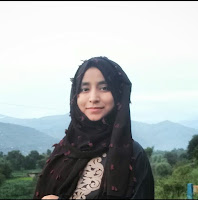 About the author: Farhat Shabir is pursuing M.Sc in Geography. She belongs to Poonch District of Jammu and Kashmir.